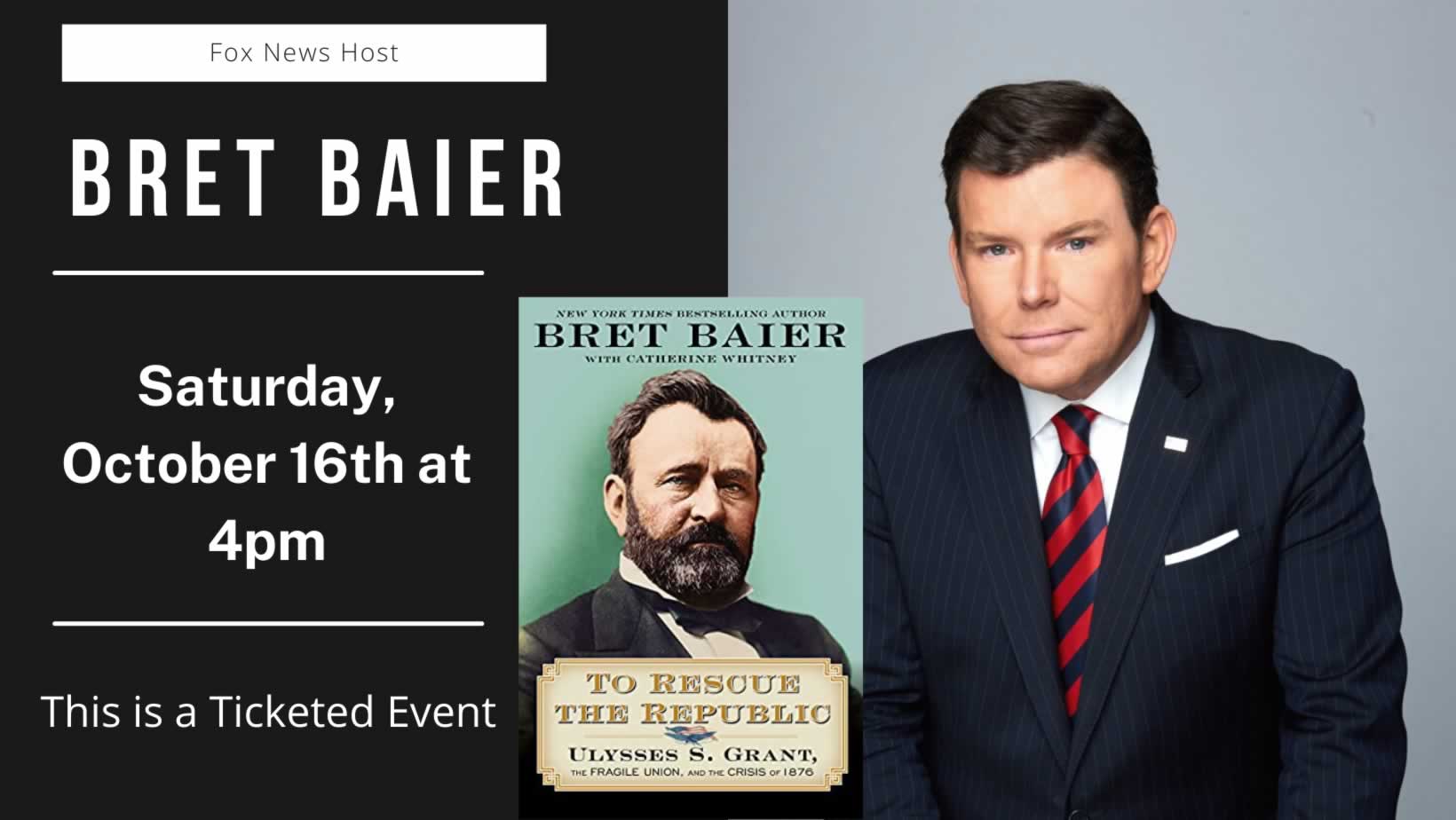 About To Rescue The Republic:
Ulysses S. Grant and the Grand Bargain of 1876

From the #1 bestselling author and anchor of Fox News Channel’s Special Report with Bret Baier comes a riveting reassessment of Ulysses S. Grant, arguing that the great Civil War commander’s battle to save the Union continued to the very end of his presidency when a crisis threatened to fracture the still fragile nation once again.

In this follow-up to his acclaimed “Three Days” trilogy, Bret Baier’s To Rescue the Republic dramatically illuminates the life of one of America’s most consequential yet misunderstood leaders, Ulysses S. Grant, whose actions both as general and as president played an unparalleled role in preserving the United States.

Born a tanner’s son in rugged Ohio in 1822 and battle-tested by the Mexican American War, Grant met his destiny on the bloody fields of the Civil War. His daring and resolve as a general gained the attention of President Lincoln, then desperate for bold leadership. Lincoln appointed Grant as Lieutenant General of the Union Army in March 1864. Within a year, Grant’s forces had seized Richmond and forced Robert E. Lee to surrender.

Four years later, the reunified nation faced another leadership void after Lincoln’s assassination and an unworthy successor completed his term. Again, Grant answered the call. At stake once more was the future of the Union, for though the Southern states had been defeated, it remained to be seen if the former Confederacy could be reintegrated into the country—and if the Union could ensure the rights and welfare of African Americans in the South. Grant met the challenge by boldly advancing an agenda of Reconstruction and aggressively countering the Ku Klux Klan.

In his final weeks in the White House, however, Grant faced a crisis that threatened to undo his life’s work. The contested presidential election of 1876 produced no clear victory for either Republican Rutherford B. Hayes or Democrat Samuel Tilden, who carried most of the former Confederacy. Soon Southern states vowed to revolt if Tilden was not declared the victor. Grant was determined to use his influence to preserve the Union, establishing an electoral commission to peaceably settle the issue. Grant brokered a grand bargain: the installation of Republican Hayes to the presidency, with concessions to the Democrats that effectively ended Reconstruction. This painful compromise saved the nation, but tragically condemned the South to another century of civil-rights oppression.

Deep with contemporary resonance and brimming with fresh detail that takes readers from the battlefields of the Civil War to the corridors of power where men decided the fate of the nation in back rooms, To Rescue the Republic reveals Grant, for all his complexity, to be among the first rank of American heroes.